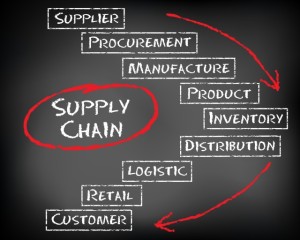 Although FDA appropriately identified the need for guidance on the Effect of Section 585 of the FD&C Act on Drug Product Tracing, Wholesale Drug Distributor and Third-Party Logistics Provider Licensing Standards and Requirements; the Draft Guidance issued by FDA this month does not ask the right questions.

In November 2013, Congress enacted the Drug Supply Chain Security Act (“DSCSA”) with the intent of establishing a “Uniform National Policy” for wholesale distributor and third party logistics provider (“3PL”) licensure.  Congress hoped to achieve this goal by adding Section 585 to the Federal Food Drug and Cosmetics Act (FD&C Act) which prohibits states from:

Establish[ing] or continu[ing] any standards, requirements, or regulations with respect to wholesale prescription drug distributor or third-party logistics provider licensure that are inconsistent with, less stringent than, directly related to, or covered by the standards and requirements applicable under section 503(e) (as amended by [the DSCSA]), … or Section 584.

This preemption provision was a welcomed addition to the FD&C Act because it signaled the end of the patchwork of state laws governing wholesale distribution of prescription drugs.  However, it soon became evident that there was some disagreement about Congress’ intent and that additional guidance on the scope of this preemption provision was needed.

Therefore, when I saw that FDA had published this draft guidance, I was excited, until I started reading it.  Unfortunately, it became immediately apparent that FDA was not addressing the questions stakeholders are struggling with.  From personal experience, the following questions are some of the most important ones left unanswered by this guidance:

The draft guidance restates the language applying preemption to state laws that are inconsistent with or covered by the DSCSA.  Yet its conclusion appears to ignore this language and interpret the DSCSA as establishing a floor.

Additionally, at least some weight should be given to the fact that the scope of Section 585(b) evolved as the DSCSA worked its way through Congress.  When initially introduced in the Senate as a standalone bill (S.957), Section 585(b) would only have preempted those state laws that were less stringent than the federal Law, and thus would have only established a regulatory floor.  Therefore, FDA should not just ignore the fact that Section 585(b) was ultimately expanded to prohibit states from enforcing laws that are also inconsistent with, directly related to or covered by the federal law, regardless even if FDA has a higher approval rating than Congress.

Assuming FDA concludes that the DSCSA establishes both a regulatory floor and ceiling, it will be important for the final guidance to describe how stakeholders should evaluate whether a state law is preempted by the DSCSA.

As of January 1, 2015, the distribution of a prescription drug by its manufacturer is expressly excluded from the definition of wholesale distribution under Section 501(e) of the FD&C Act.  Therefore, it would appear that the answer to this question is “no” because doing so would be inconsistent with the federal law.  However, FDA should consider directly answering this question to resolve any ambiguities created by the draft guidance.

Although it appears that manufacturers cannot be required to be licensed as wholesale distributors, it is less clear whether states would be wholly prohibited from licensing prescription drug manufacturers.  Understanding states may be interested in continuing to require manufacturers to be licensed in their state, it would be helpful if FDA could provide some guidance on what types of licensure programs would be permissible.

The only federal standards that will be in place come January 1, 2015, will be the standards included in Sections 501(e), 583 and 584 of FD&C Act.  As the provisions in 583 and 584 only provide general guidelines for the regulations to be promulgated by FDA, it is unclear which state requirements will be permissible and which will be prohibited.  For example, pursuant to Section 583(b)(6) the regulations promulgated by FDA must require the mandatory physical inspection of any facility used in wholesale distribution and Section 583(c) would allow these inspections to be performed by an approved third-party accreditation or inspection service.  However, until the regulations are promulgated it is unclear as to what the scope of these inspections would be.  More specifically, can states continue to require wholesale distributors be VAWD accredited as a condition of licensure?

The answers to these questions will not only provide stakeholders with the guidance they need, they also will provide insight into whether the DSCSA will be successful in eliminating the inefficiencies caused by the current patchwork of state laws governing prescription drug wholesale distribution.

I likely did not identify all of the areas where stakeholders want FDA to provide additional guidance.  Therefore, it is important for all stakeholders to let FDA know what questions need to be answered in the final guidance by submitting comments before December 8th, 2014.